What should philosophers aim at? 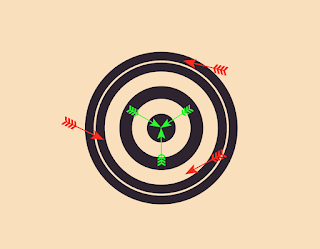 As anyone who values knowledge will understand, sometimes being right really matters. For example, knowledge in advance of a potentially dangerous storm can sometimes save your life. Similarly, in philosophical areas like epistemology and ethics, being right about some issue or problem is also important and possibly for others, other than the inquiring philosopher, too.

When being right is actually important

For starters, the threat of External World Skepticism (EWS) poses a significant challenge to whatever you think you know about the world outside your own mind. You may believe that you have real friends. But if EWS is true, then you cannot know that the people you take to be your friends really exist. Instead, you’re just as likely to be a friendless brain-in-a-vat as you are the person with the friends you believe you have. You don’t know one way or the other. So, at stake are all your claims to knowledge about the world around you and, by extension, the reality of much of what you value in your life (1). Therefore, being right that EWS is false actually matters and so it’s a worthy aim of any inquiring philosopher.
Now let’s consider a couple of examples from ethics that show how being right may be important not just for the inquiring philosopher but for others, too.

Firstly, suppose your aim in inquiring about ethical issues like, say, environmental pollution is to discover whether polluting is actually right or wrong, then you may recognize that some actions, like littering, can be harmful. If you conclude that it’s wrong to harm others, then this knowledge should influence your behaviour so as to prevent, as far as it’s possible, such harm from occurring. This example of aiming to get it right seems to be beneficial not just individually but collectively and ecologically.

Secondly, let’s suppose that animal cruelty is wrong (as I hope everyone reading this already takes it to be), then we can simply deduce that if factory farming is animal cruelty (it is!) then it’s also wrong.
Surely, that’s right, isn’t it? But what use is it in being right about that?

Well, for one thing, it can help reduce needless suffering on our planet. Okay, but how can that happen? Well, if philosophers are right about that and then tell others, maybe that will motivate others (not only the philosophers) to change to a cruelty-free or plant-based diet.

please, come on babe, they’ll end up all confused, what’s the point of telling people if they won’t use it ~ Julian Casablancas; in the song Where No Eagles Fly

This kind of impotence was probably best described by Žižek:

Aside: perhaps it’s just Žižek who feels he’s always wrong; though, as some consolation to Žižek in the very unlikely case that he’s reading, Gödel once said (concerning Leibniz) that: “it’s just as hard to be wrong about everything as it is to be right about everything (2).
That may be the case, though it doesn’t also mean that philosophers can’t ever give right answers nor should it dissuade anyone from aiming at the right answer. For, as just shown, if right answers exist, then it’s worth aiming to get it right because getting it right can be important. However, when we get it wrong (as we so often do), then being usefully wrong can be instructive. And indeed much of philosophy is filled with examples of the latter case.

For example, the Justified True Belief (JTB) analysis of knowledge was widely accepted for around two millennia until Gettier demonstrated that JTB wasn’t a sufficient condition for knowledge. Efforts to find a fourth condition that, combined with JTB, would be sufficient for knowledge are widely thought to have also failed (e.g. No False Premises, Causation, etc). But this is already saying a lot. After all, even though JTB is insufficient for knowledge, justification, truth, and belief are still widely accepted as necessary conditions for knowledge. Philosophers, however slowly, seem to have got it right up to that point but not because they aimed at being usefully wrong; which just so happens to be a consequence of aiming at being right.

In conclusion, by aiming at being right there’s at least a chance of being usefully wrong. And if you're aiming to be usefully wrong, then I think you’re doing it wrong. So, just for kicks, I’ll close with what I wish Herm Edwards said in his famous interview (and what, if I were rich, I’d gladly pay him to say)(3):

Popular posts from this blog

Wednesday, November 16, 2022
Note: This post was originally published on Monday, August 29th, 2022 at my other, now defunct, blog Bonne Raison. It has since been substantially revised and updated with an afterword. The Scream by Edvard Munch (undated) A phobia is defined as: a fear, horror, strong dislike, or aversion; especially an extreme or irrational fear aroused by a particular object or circumstance (1) Arachnophobia (fear of spiders) and claustrophobia (fear of small spaces) are two, perhaps familiar, examples. However, in my experience, fewer people know about apeirophobia (fear of eternity). My aim with this blogpost is to change that. So I will now proceed to take apeirophobia out of a hitherto state of confusion and attempt to bring about some clarity on the topic. First, to give you a taste of how this fear manifests itself, consider the situation that the main character in the movie Groundhog Day finds himself. Phil Connors (played by Bill Murray) somehow gets stuck in a seemingly endless cycle of hav
Read more

Wednesday, December 21, 2022
In this blogpost, I focus on the problem of epistemic trespassing . This happens when experts step outside their field of expertise and pass judgment on questions in fields where they lack expertise. Philosopher Joshua DiPaolo recently argued that epistemic trespassing is wrong insofar as it constitutes an abuse of expert authority that neglects novice vulnerabilities (1). I agree with DiPaolo and think that it's something more people should know about, especially at a time when a lot of knowledge is specialized and we--novices--often depend on experts for answers. So, below, I share a tragic example of epistemic trespassing that illustrates its harmful potential and very briefly consider possible solutions. Consider the following: A mother’s two infant children die suddenly and without any explanation. She’s charged with their murder and in court two possible explanations are considered: (i) that the infants died due to the rare sudden infant death syndrome (SIDS) or (ii) that s
Read more